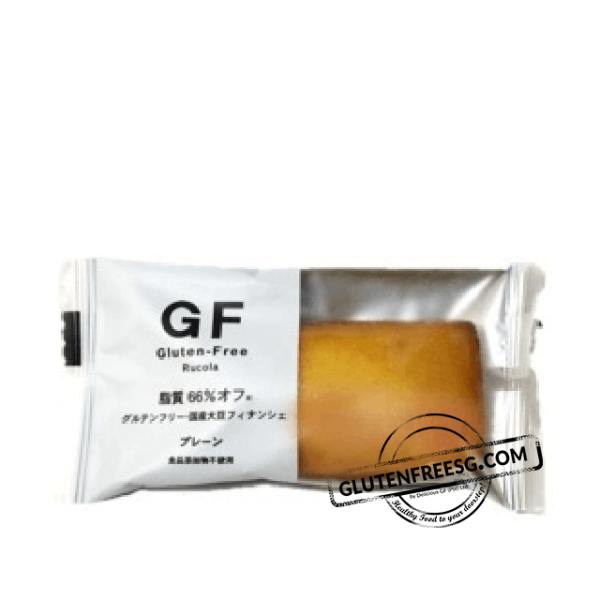 Japanese Gluten Free Additive Free Financier. Is in fact, a gluten-free financier. Made from domestic rice flour. Of course, no food additives. Or leavening agents are used. To illustrate, it is a sweet. That people with wheat allergies. Can of course eat with confidence. Manufactured in a factory. That does not use wheat flour. (wheat gluten).

A financier is in fact a small French almond cake. Flavoured with beurre noisette. Usually baked in a small mould. Light and moist. With a crisp, eggshell-like exterior. The traditional financier also contains egg whites, flour. And powdered sugar. The moulds are usually small rectangular loaves. Similar in size to petits fours.

Originally made by the Visitandine order of nuns in the 17th century. The financier was in fact popularized in the 19th century. To illustrate, the name financier is said to derive from the traditional rectangular mould. Which resembles a bar of gold. According to another tradition. For example, the cake became popular in the financial district of Paris. Surrounding the Paris stock exchange. As the cake could easily be stored in the pocket for long periods without being damaged.

There are no reviews yet.

Only logged in customers who have purchased this product may leave a review.