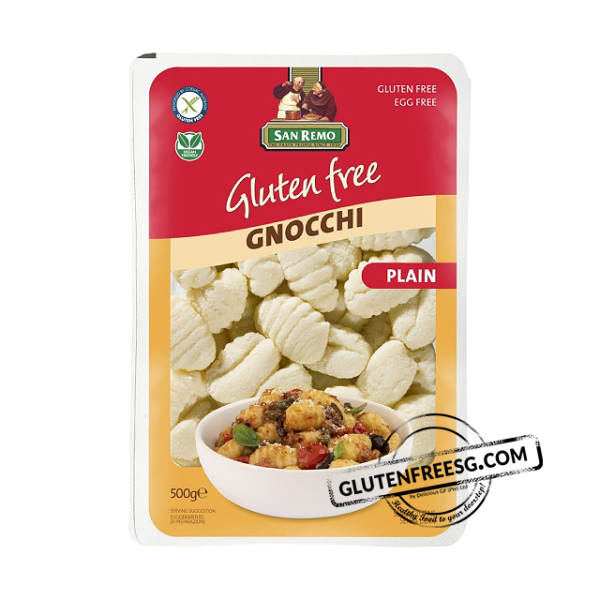 Only 3 left in stock

San Remo Gluten Free Gnocchi 500g. Now not only is the product gluten free, it is also endorsed by Coeliac Australia. The gnocchi is vegan friendly. The gnocchi itself felt dense in the package. However, once cooked they are light and fluffy. Cooking only takes a few minutes, just pop them until boiling water until they float. You’ll find that there is a really nice flavour in the gnocchi too. They hold up well despite having a light texture. I was able to stir them through pesto with vigour and they didn’t break apart. They also pan fry really nicely as well. The texture on these is melt in your mouth. You can press them into the roof of your mouth and they are buttery. When pan fried they get that lovely crust on the outside. Pair them with pesto, or a creamy dish for something really rich.

San Remo has epitomised the culture and tradition of pasta making in Australia since its inception in 1936, when it was founded by Luigi Crotti. Today, it remains a privately owned 100% Australian company. From its earliest days the company grew rapidly and was the first manufacturer to support and foster supermarket distribution as this new shopping phenomenon became established and grew.

There are no reviews yet.

Only logged in customers who have purchased this product may leave a review.